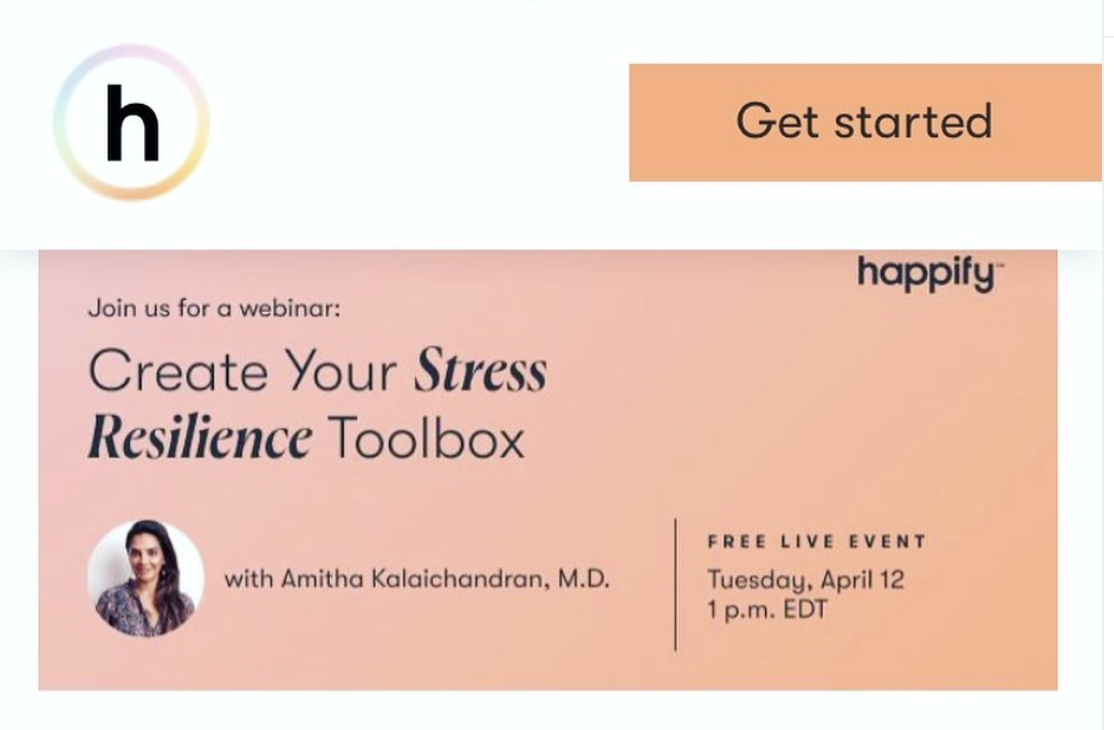 **Honored to have been invited to give a webinar for Happify, an evidence-based platform to improve joy. Here I share some obvious and not so obvious ways to improve stress resilience with some practical tools. Please enjoy.** 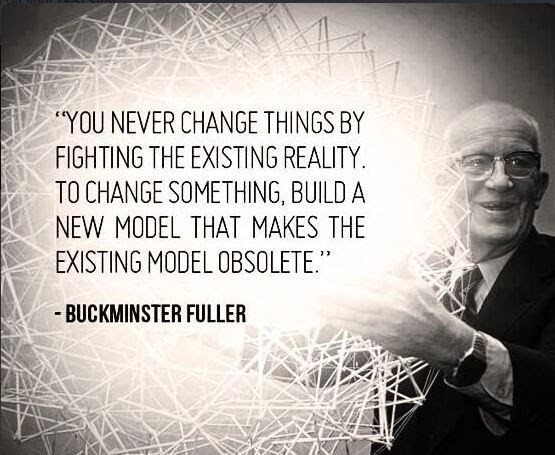 Musings on value-based care (as a Canadian)

Value-based care is one of the most crucial concepts in healthcare today, in both the US and Canada.
But how do we define it? Atul Gawande penned an excellent article in the New Yorker several years ago which hits the main points in a very compelling way. Further, several years ago, the American Board of Internal Medicine (ABIM) Foundation launched the “Choosing Wisely” initiative in part to support value-based care and reduce wasteful procedures/treatments (including that which has little to...

When Adam Grant, the author of the book Give and Take and professor at the Wharton School of Business, defined givers as someone who strives to be generous in sharing their time, energy, knowledge, and skills with other people who might benefit from them, he must have been talking about today’s guest, Dr. Amitha Kalaichandran.

She is a pediatric resident and health journalist, who has written for publications like The New York Times, The Walrus, The Atavist, The Boston Globe, ABC News, and th... 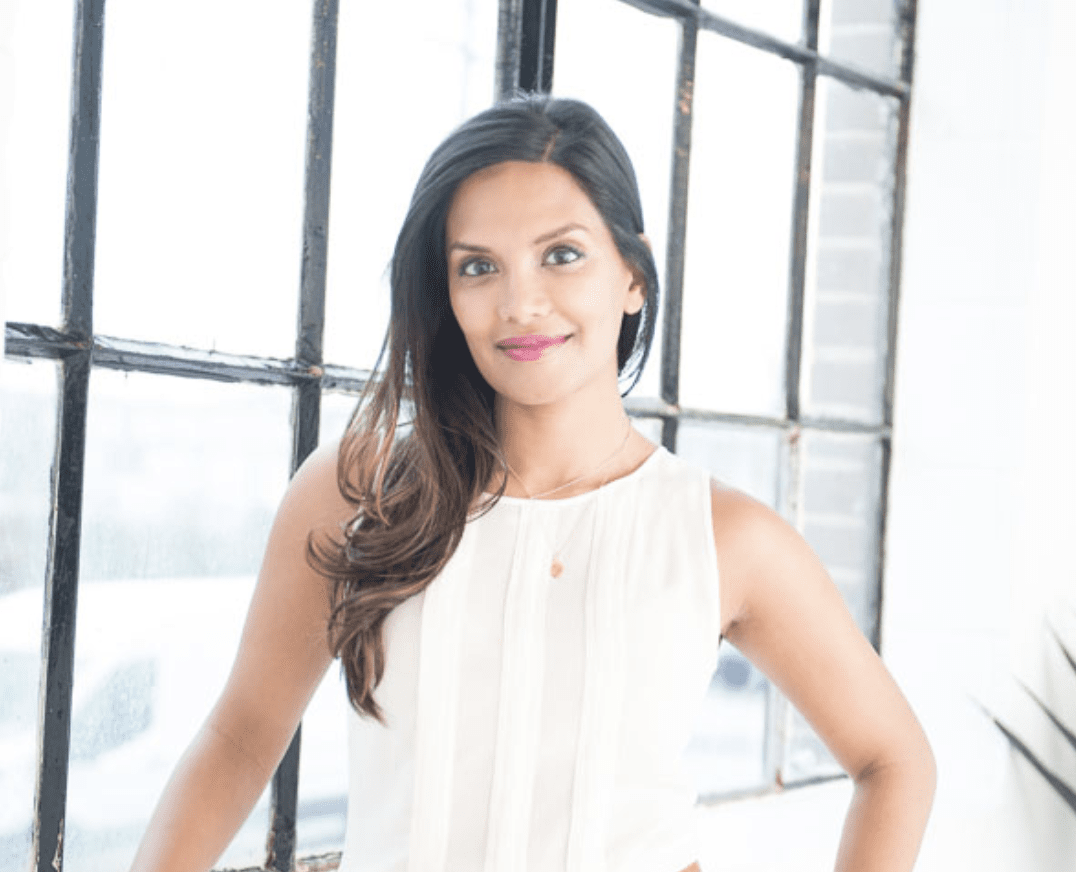 **Podcast interview on the AllSorts Podcast**

Be honest: how many self help books do you own? Are you reading one right now? Are you a biohacker or someone always reading the latest book on wellness? Do you actually feel any better as a result?
In our earnest quest to take care of ourselves, to live happier and more meaningful lives, it can be too easy to let others set the bar for our success. Is this a mistake? Now, we can all get caught up this—easily. But especially right now, when we can’t begin to unpack the trauma of the last two ... 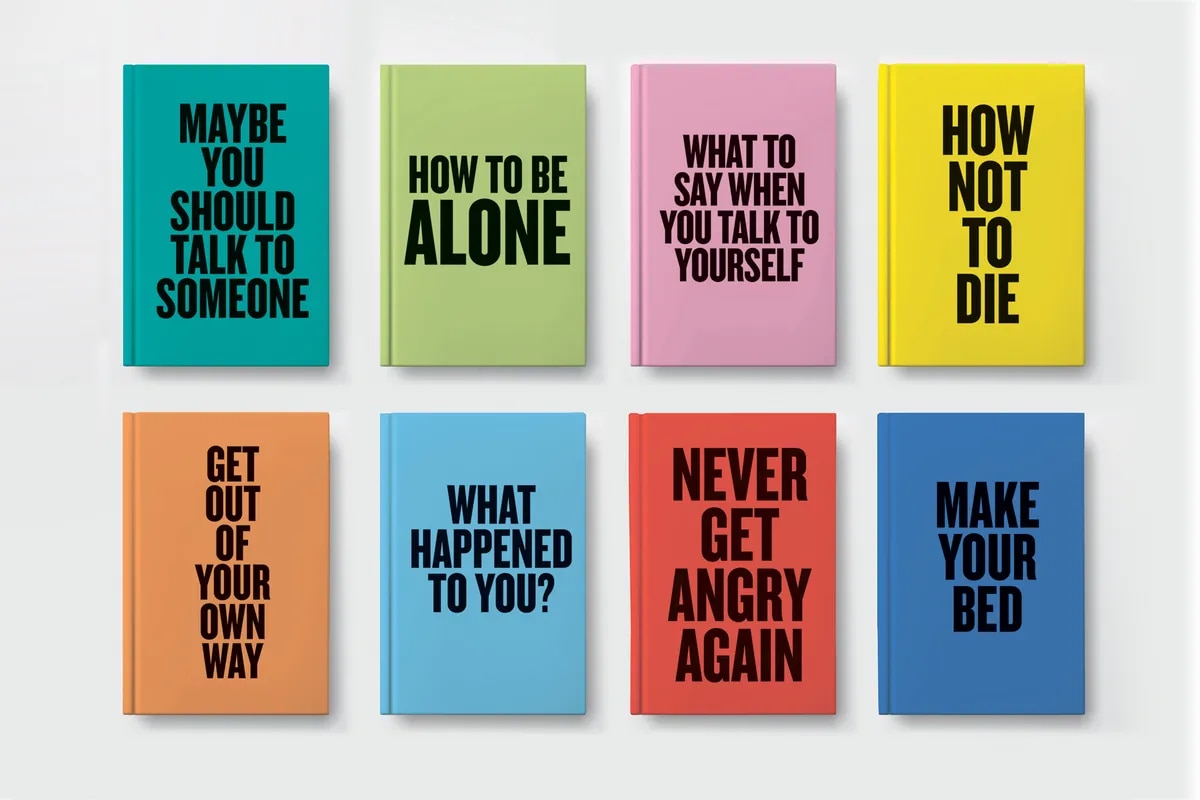 The Globe And Mail

Are we done self-improving yet?

Amitha Kalaichandran is a physician and writer based in Toronto. Her first book, On Healing, will be published in 2023.
The books, I’ve realized, are the gateway drug. I thought back to the first time. It was 2010, and several friends had recommended the same one: A New Earth, by Eckhart Tolle. “You’ll hate it if you aren’t ready,” a friend said. “But trust me, if you are, then … well, boom!” She made a gesture to suggest her brain (or perhaps it was her mind) was exploding into the air. My o... 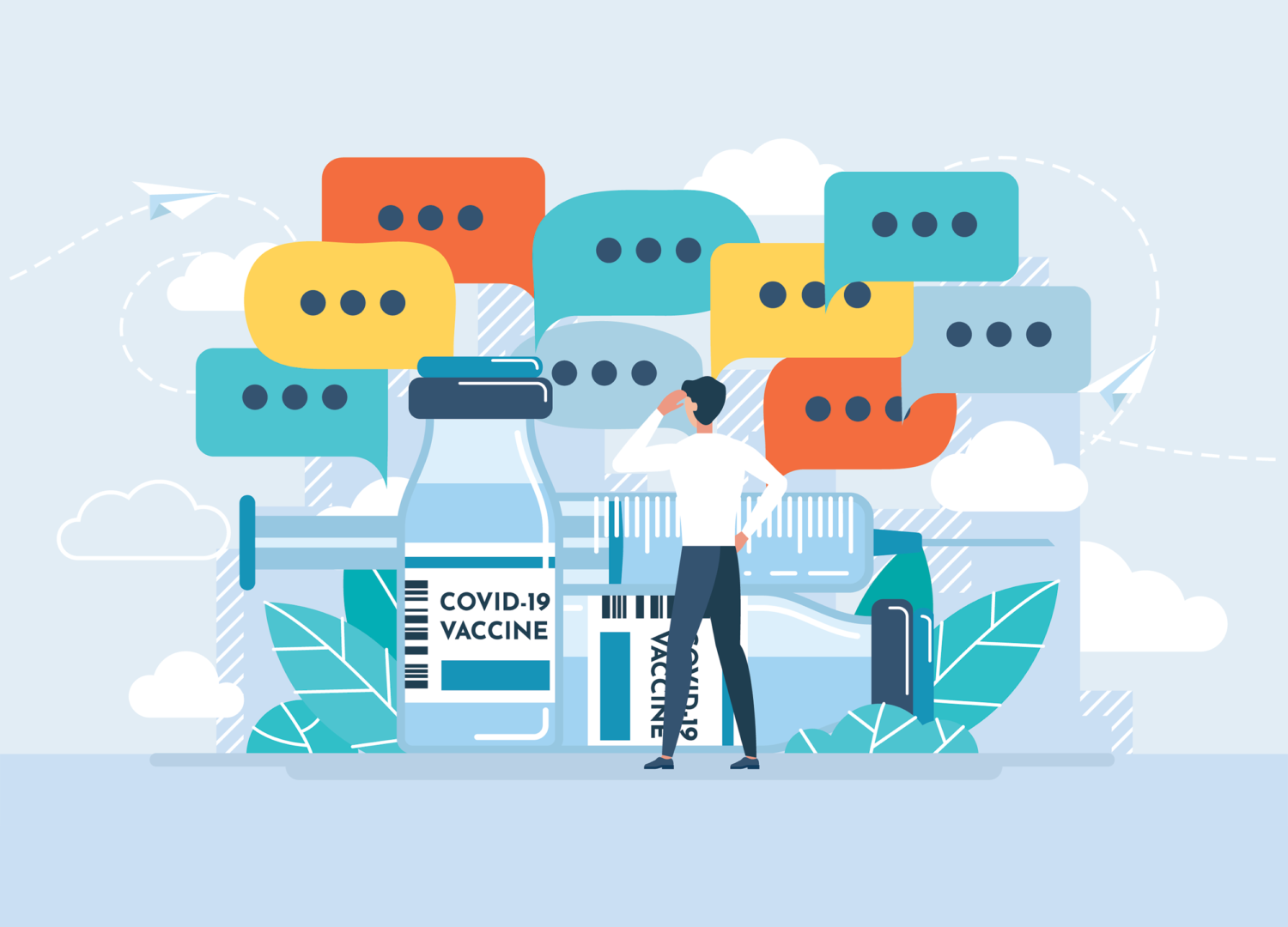 An opinion on opinions in a pandemic

Over the span of four long days in September 1918, two leading voices expressed dismay about what was then known as the “Spanish influenza.”
First, Lt. Col. Philip Doane, who led the Health and Sanitation Section of the Emergency Fleet Corporation, “forcefully” voiced that the Germans were behind the epidemic, which had reached American shores earlier in the year. He theorized that German spies may have spilled the virus in a locale where a large number of Americans had gathered, such as a ci... 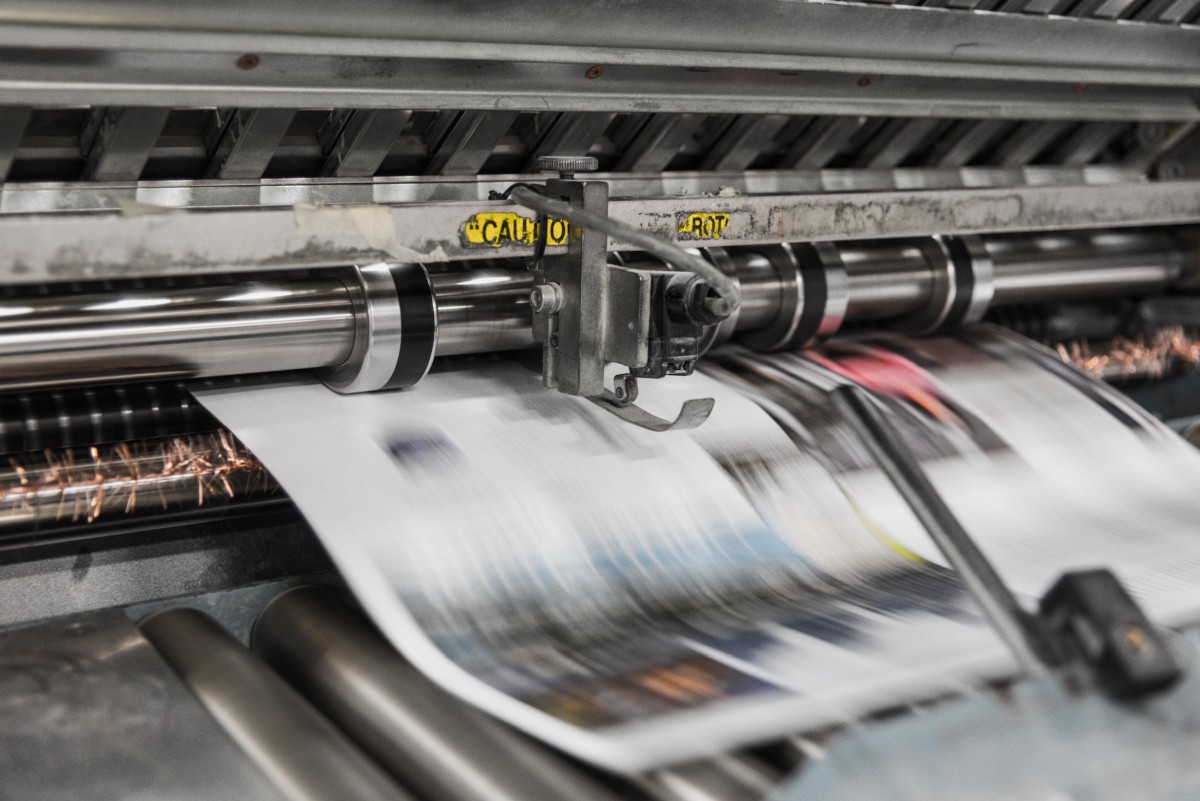 Over the span of four long days in September 1918, two leading voices expressed dismay about what was then known as the “Spanish Influenza.” First, Lieutenant Colonel Philip Doane, who led the Health and Sanitation Section of the Emergency Fleet Corporation, “forcefully” voiced that the Germans were behind the epidemic which had reached American shores earlier in the year, theorizing that German spies may have spilled the virus in a locale where a large number of Americans had gathered, such ... 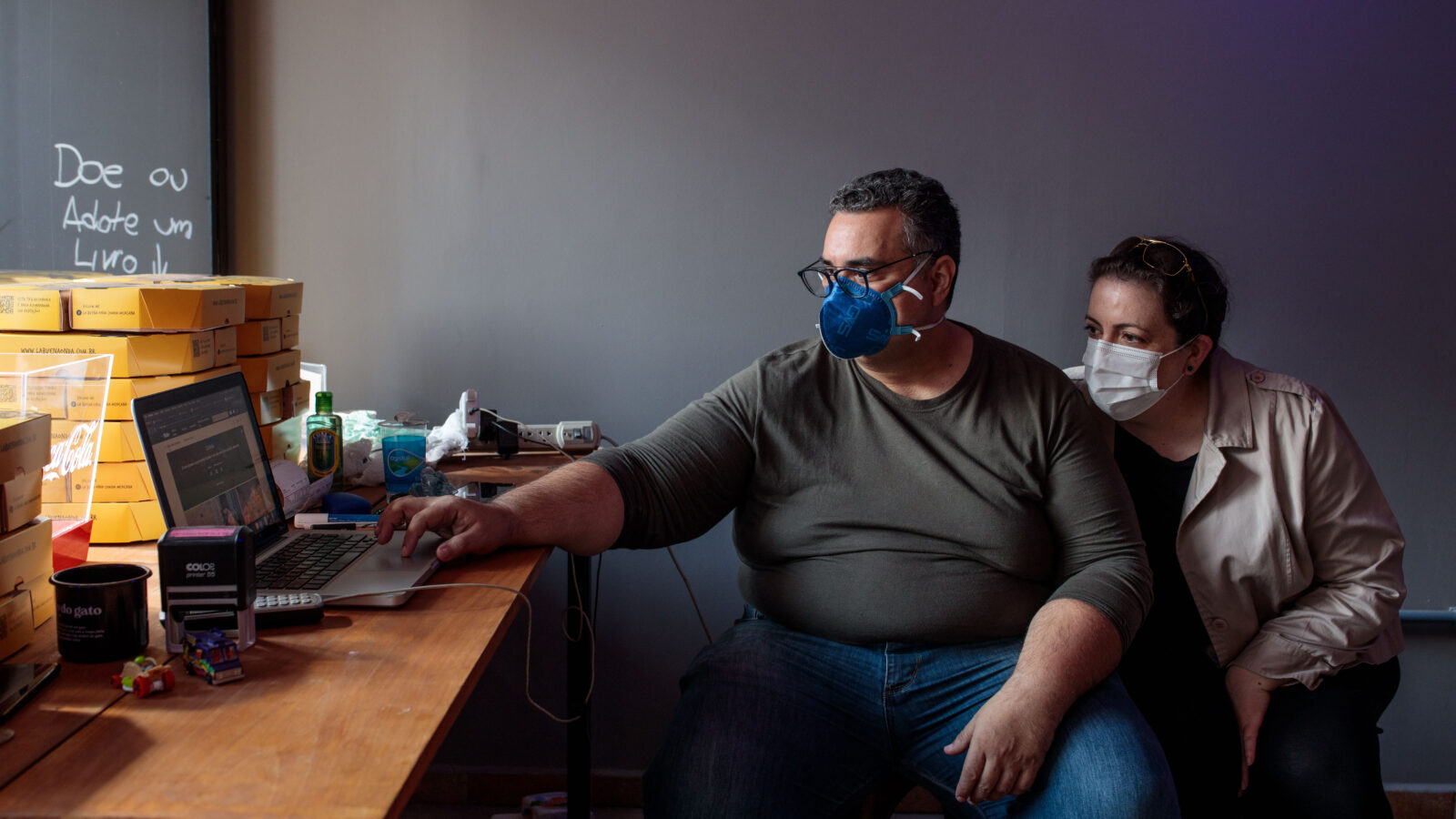 A lucky few seem ‘resistant’ to Covid-19. Scientists want to know why

er husband collapsed just before reaching the top of the stairs in their small one-bedroom house in São Paulo, Brazil. Frantic, Thais Andrade grabbed the portable pulse oximeter she had purchased after hearing that a low oxygen reading could be the first sign of the novel coronavirus. Erik’s reading was hovering eight points lower than it had that morning. He also looked feverish.
“When he hit 90% [on the oximeter], I said we can’t wait anymore,” Andrade recalled. “I called an ambulance.”
At ... 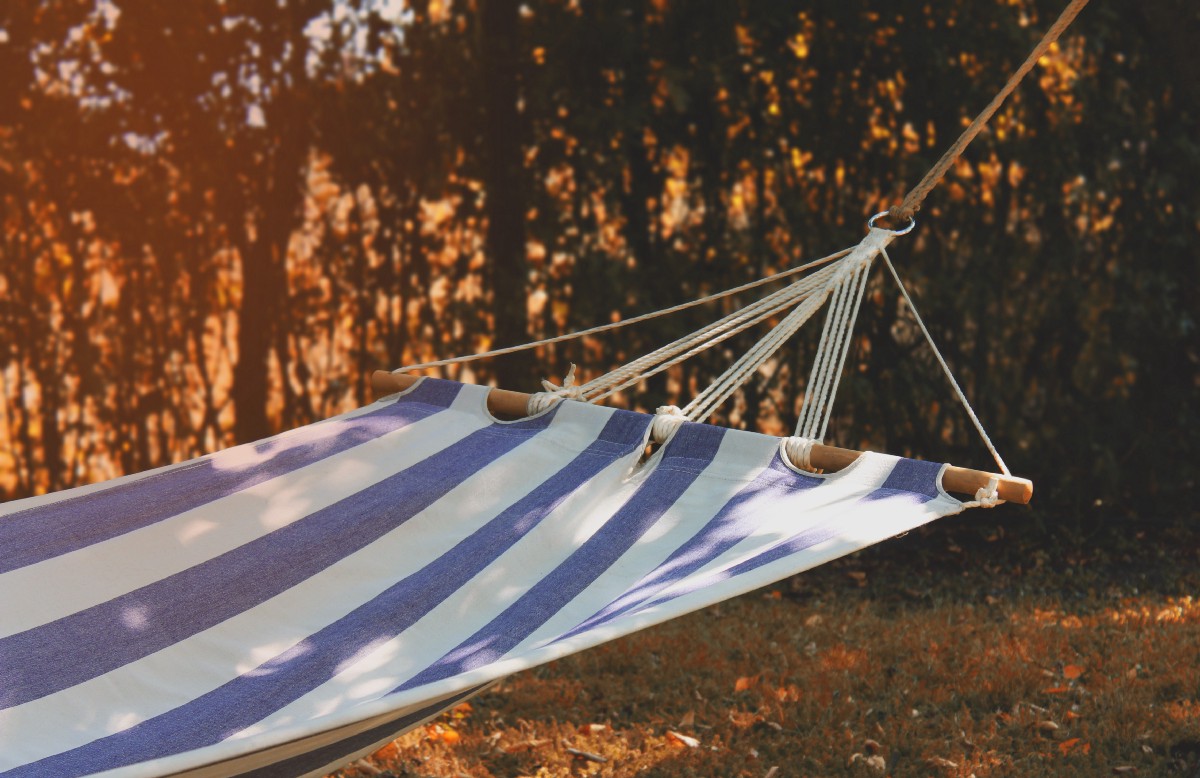 We rarely discuss ‘rest’ as a strategy for well-being.
However, over the last month, three professional athletes withdrew from major tournaments in order to prioritize rest for both their emotional and physical recovery, which has prompted some necessary conversation.
First, 23 year-old Naomi Osaka withdrew from the French Open (and later, Wimbledon), citing her mental health as the need to step away to recover. Then, 39-year-old Roger Federer announced he was stepping back from the French Op... 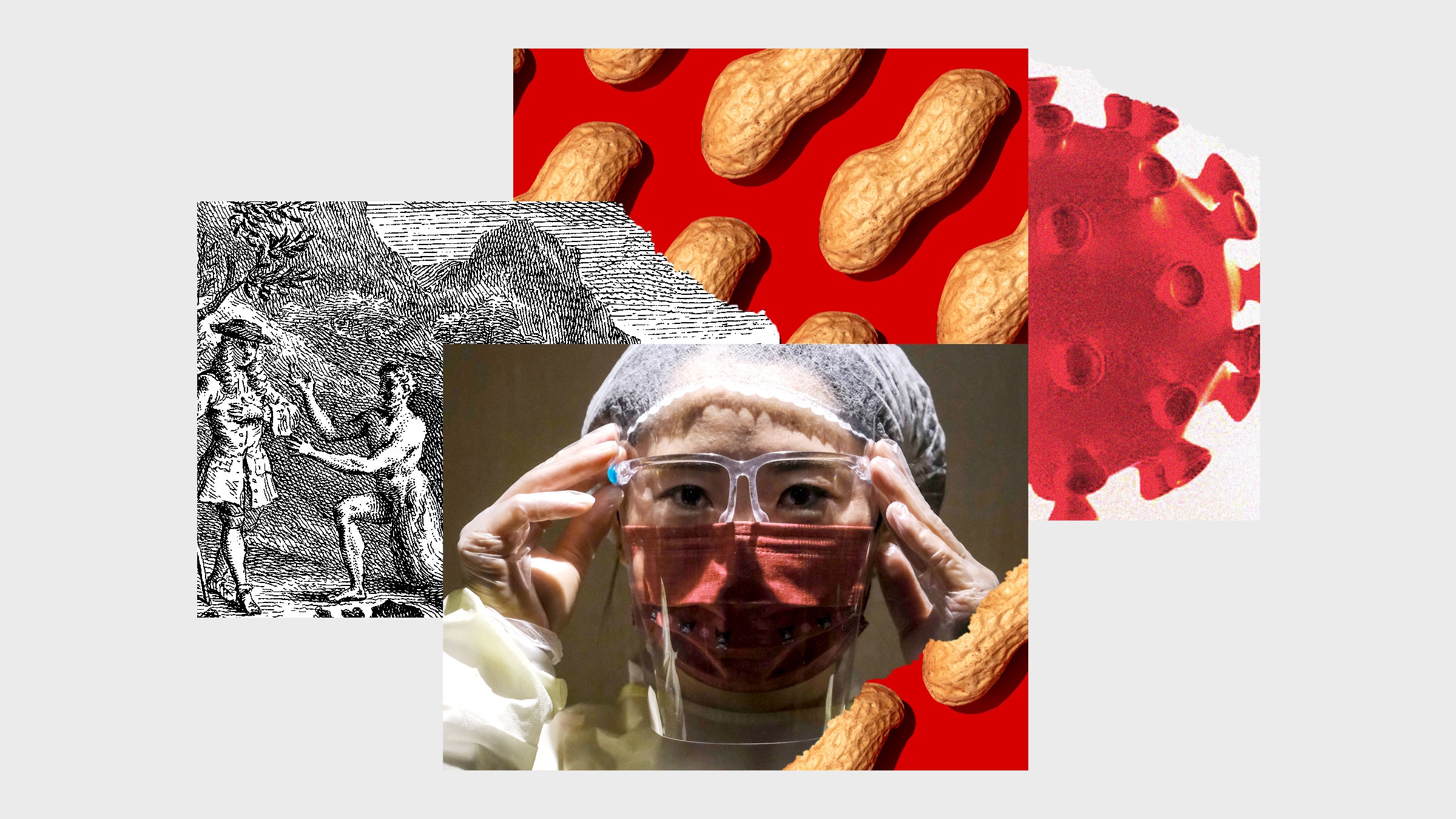 Changing Minds About Why Doctors Change Their Minds

In 2001, when the pediatric allergist Gideon Lack asked a group of some 80 parents in Tel Aviv if their kids were allergic to peanuts, only two or three hands went up. Lack was puzzled. Back home in the UK, peanut allergy had fast become one of the most common alle... 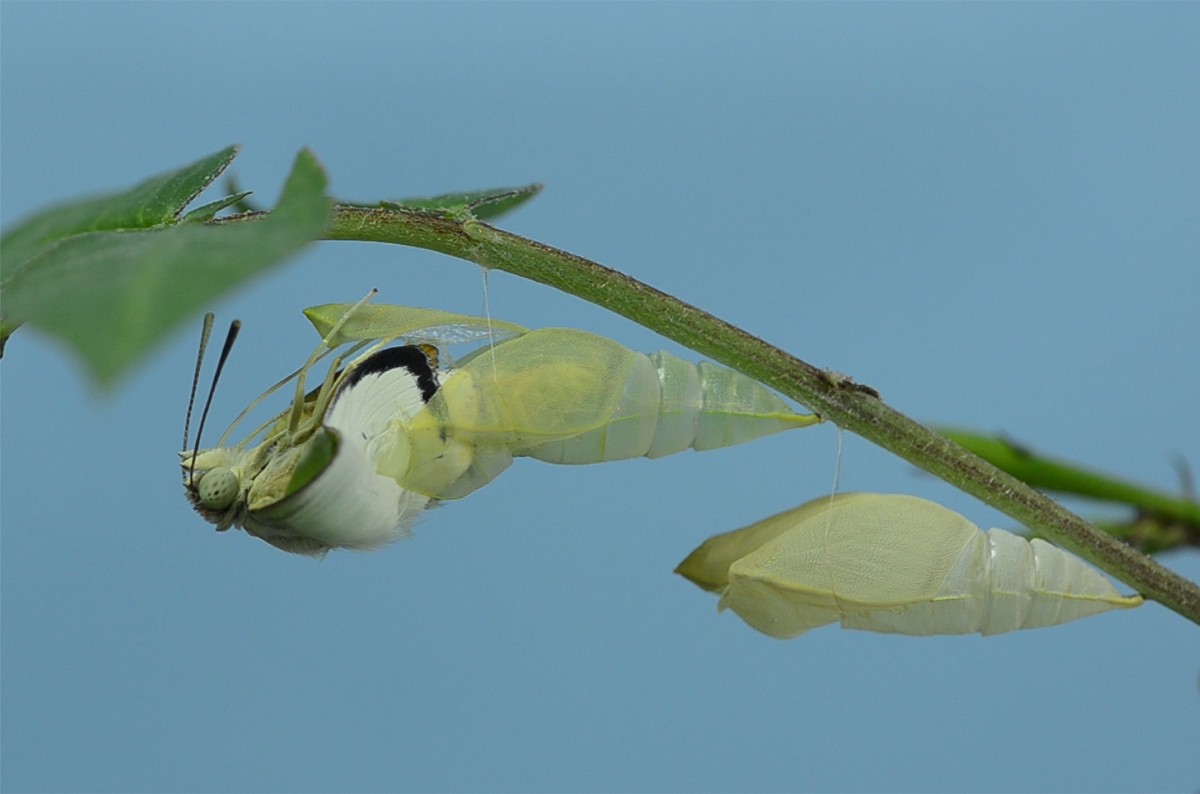 A Reemergence Effect Has Us All Feeling Awkward

When I met Darren Sudman six years ago, at an event in Palm Springs, I didn’t expect that his story would be one that I would return to time and again as I began examining what makes us thrive and heal after difficult times.
Sudman introduced himself as a former lawyer and a founder of a nonprofit. In 2004, Sudman and his wife, Phyllis, experienced every parent’s worst nightmare: Their three-month-old son, Simon, was found motionless in his crib. He had passed away from sudden infant death sy... 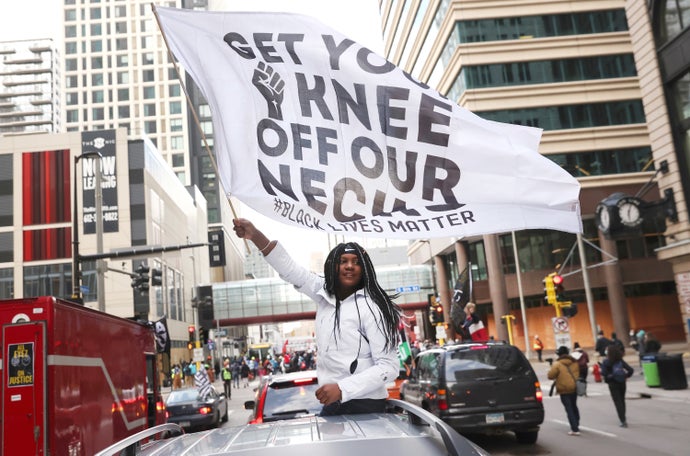 We Must Rethink the Role of Medical Expert Witnesses

In the aftermath of the guilty verdict in the trial of Minnesota police officer Derek Chauvin for the murder of George Floyd, a consistent element of many criminal trials came into sharp focus: the role of medical expert witnesses, and the influence they wield in the courtroom, particularly as it relates to determining the cause of death. Within the span of the ensuing weeks, one juror said that the medical expert testimony was particularly influential, and a petition to investigate another m...

Death and the diaspora

*an essay from 2017 about my grandfather*

Even though my grandfather, or “Tata” in Tamil, became deaf five years ago, I still felt he could hear me.

I believed that the oceans that stood between our homes – mine in Toronto, Canada, and his in Colombo, Sri Lanka – could carry a symphony of both concerns and excitement, ingredients that would make their way into my nightly prayers.

There is something strange about being part of a diaspora when a core family member lives continents away. It i... 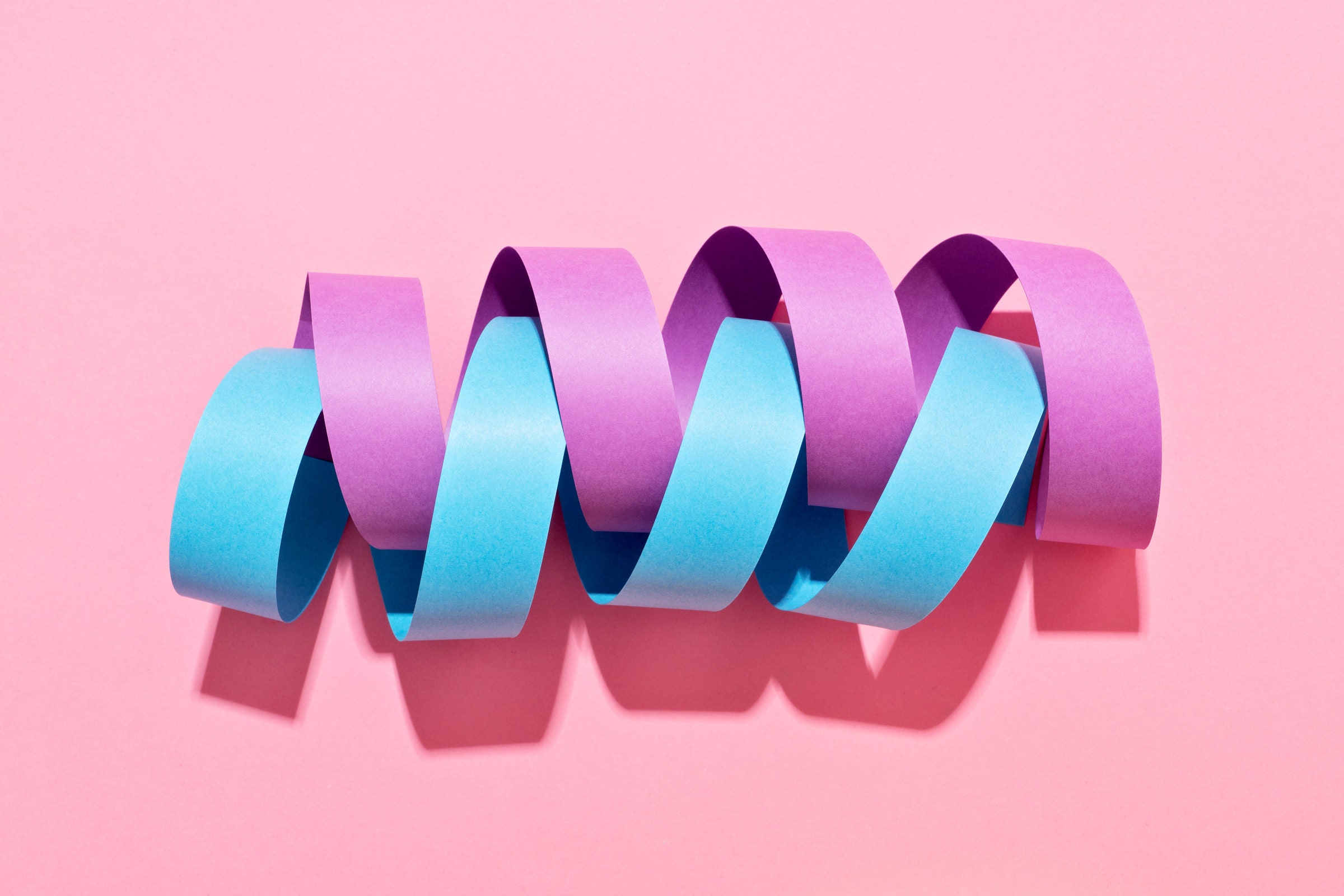 Actually, Covid Optimists and Pessimists are Both Right

Consider this thought experiment: J is a 55 year-old patient who has smoked two packs of cigarettes a day since he was 22. He has just been diagnosed with stage III non-small-cell lung cancer. His doctor us... 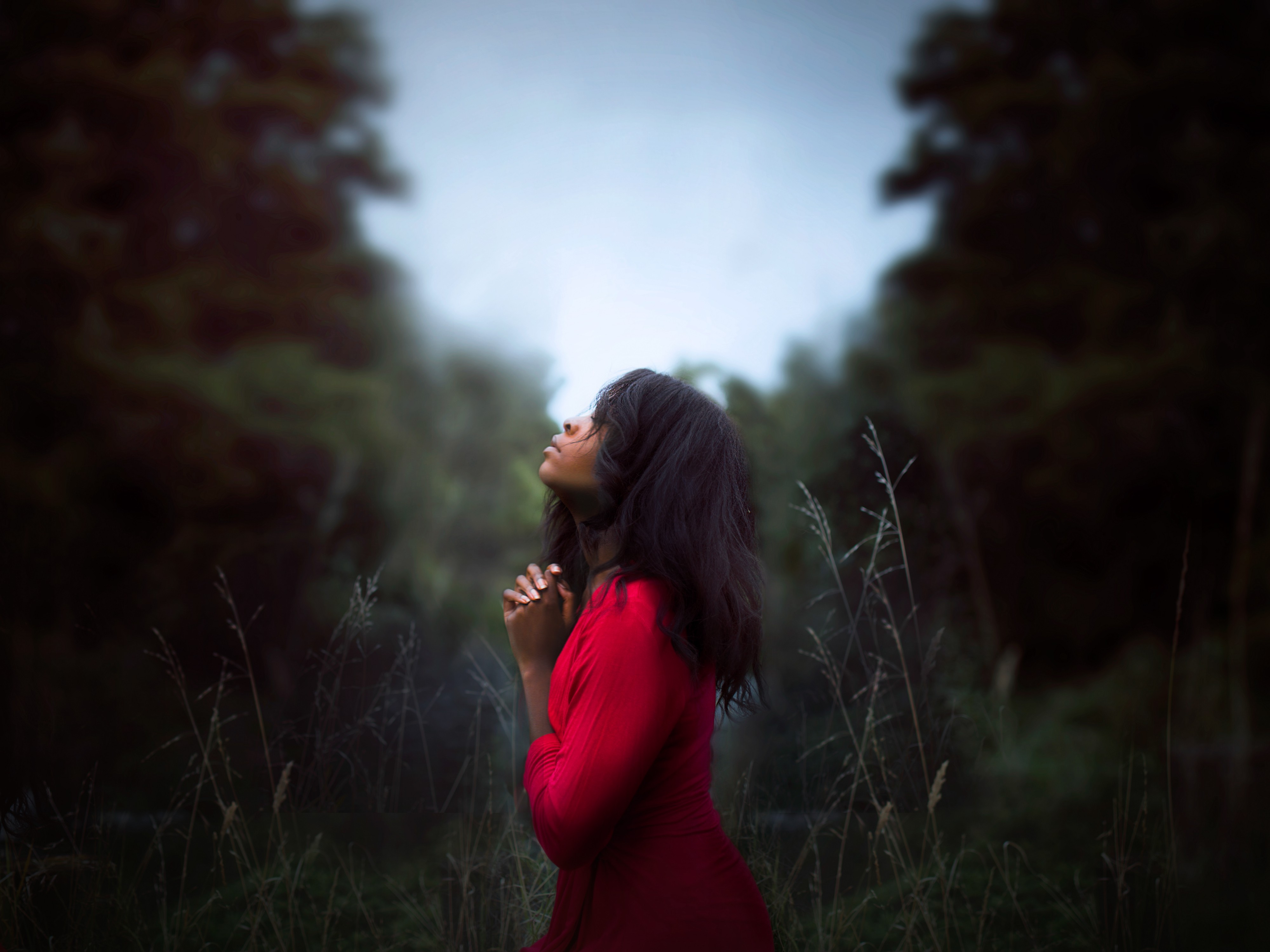 On the last day of January, my Twitter feed lit up with a curious and heartfelt call: “Please. Please. Please. Everyone PRAY for my daughter Molly. She has been in an accident and suffered a brain trauma. She’s unconscious in the ICU. Please RT and PRAY.”
The tweet came from a woman named Kaye, a lawyer and mother of three in Los Angeles. Her daughter Molly was in a pediatric intensive care unit after suffering a brain injury. I, along with thousands of others, heeded her call, sharing a priv...